Today I feel I should eat ALL day long.  As if it might be a genius idea to hoard in my cheeks as much chocolate, meat and pasta as possible in advance of my 3-day abstinence/juice cleanse.  Actually it isn’t just MINE.   Eager to prove the benefits of a group cleanse, there are 7 of us – including a 25 year old male chef who is a bundle of nerves.

At lunchtime, I even considered a big glass of wine – and I NEVER drink wine, let alone at lunchtime.  But no, definitely NO.  Kara, the founder of Plenish Cleanse, has advised that we should lower our bodies into this deep shock.  And so I’m already feeling a little hungry. 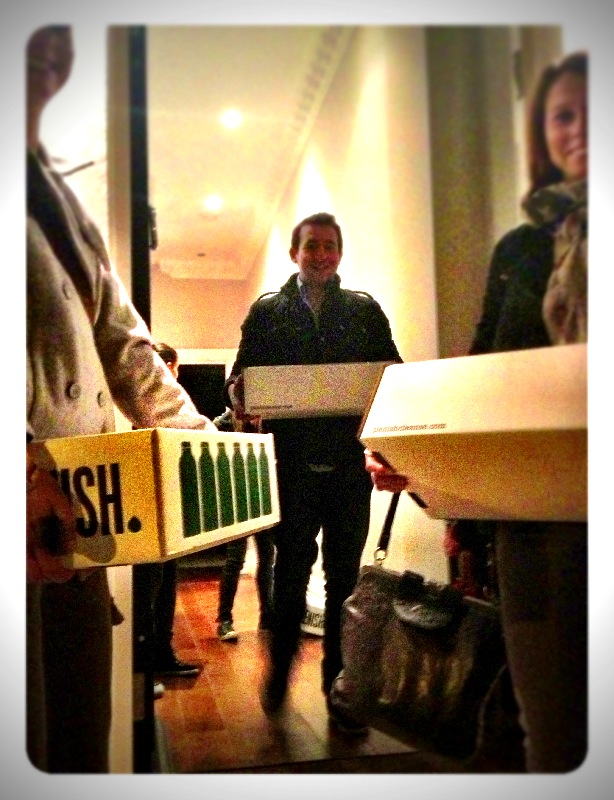 The 7 juicers turn up at Life of Yablon HQ to meet Kara and pick up their box of bottles.

Probably in anticipation, I sleep very badly.  As instructed, I have a big mug green tea with a slice of lemon and crack open my first juice before the school run.  The Smalls eye up my green bottle in disgust.   Mummy has finally lost the plot. 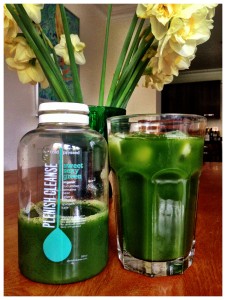 Tweets from the group are flying back and forth: ‘first juice is ok –needs lots of ice though’.

1pm.  2 juices down.  I’m glad I’ve spent the morning writing at home.  I’ve never ever wee’d this much in my life. I’m not really hungry but I’d quite like to eat.  Anything would do.  It’s the chewing I think I’m missing.  Oh yes, and the coffee.  I can hardly write the word.

130pm one of group just sent a text.  She has substituted one of her juices for a black coffee.  ‘Studying for a PHD needs coffee’ she states.

2pm.  I’m sitting in the garden with my lap top trying to photosynthesize.  Surely after all this green liquid I am now a plant? 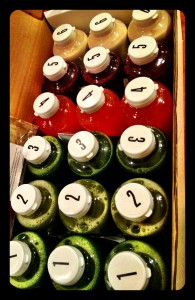 7pm.  That’s the last of 6 bottles consumed.  Kara had said that the Cashew Milk tastes like vanilla milkshake but the group’s emails beg to differ.  I had emailed everyone together to see how they were feeling at the end of day one.  Spirits seemed a bit low and, although no one was necessarily hungry, a couple of them felt sick (side-effect of the detox or the taste of the last juice?) and few were looking forward to two more days of the juices.  One even threaten to bail.

Back to me, I feel furious that He is eating a sushi take-away next to me.  I’m off to bed.  It’s easier than channel flicking to avoid a food or chef programme.  As an added benefit, Kara has promised us that we will sleep well….

YES!  I slept really well… despite going to the loo every hour on the hour. I feel quite chirpy post my first green tea with a slice of lemon.  Having thought last night that I would chuck this all in, I’m now determined the green juice won’t beat me today.

Ping.  A tweet from one of the group.  The chef.  He’s out. He caved last night.  Poor man had been cooking all day and a sudden blinding headache, fits of nausea and full on shakes have turned him off our juice experiment.  He broke it on a cup of tea and some cold pizza.  And I’m jealous … now that he’s bottle-free. 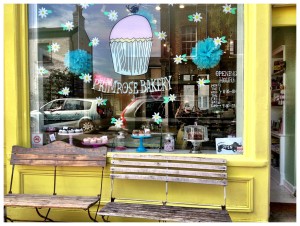 I trotted along to my workout session and found I had much more energy than you’d expect.  Quick shower and a juice-downing session before I set off to interview someone in their home.  She had bought cake and coffee was brewing.  She thought I was insane as I clutched my flask of green tea.

430pm  I just picked up one girl and three boys from school (clearly not all mine).  I made toast for some small, hungry mouths and found myself UNABLE to hold back.  And now, one cheese toasty later… I feel better … and only a little naughty.  I also feel that my Beet Box (beetroot, carrot, lemon and ginger) juice is scowling at me.  What can I say?  I fell off the rails big-bottle-bully.

7pm.  All my juices are drunk.  And I’m (rebelliously) sipping a Vita Coco.  I’ve sent Him to a local restaurant so that I can’t see his pizza.  Sky Atlantic have sent me the 6th series of Mad Men to review.  It will be the first time I have settled down with Don Draper without some seriously dark chocolate but it will have to be.

Updates from the group:  the PHD student says she’s out.  She’s a hard core dieter but the juices are throwing her.  Craving ‘real food’, she’s cooking some healthy dinner.  The remaining 4 are still going strong.  Well, maybe not strong but they are sticking to the regime.  One more day… 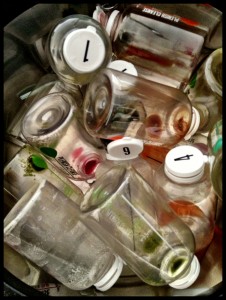 The group is finished.  They are willing away the last few hours of juicing.  I still like the tastes but others are so fed up they say they would rather water. PHD student got on the scales to find 3lbs had flown away.  She’s back in the game.

12 noon.  My meeting ran on and I was stranded juice-less… and hungry.  I think Plenish should design a nifty cool bag which could have kept my next beverage at bay.

The afternoon was long and I cheated a little.  Grazing the Smalls’ left over crusts and generally feeling like I was at the end of a long 3 days of endless juice.

But I did finish the last Cashew Milk before jumping into bed to dream about the breakfast I had been holding out for for three long days..  Kara says we need to lower ourselves back into ‘real’ food.  I– for one- am jumping straight in at the deep end.

A 3-day juice cleanse with Plenish Cleanse costs £240.  There is NO doubt that a group cleanse makes it easier and all the more amusing.  And we all agreed we would never have stuck to it if we were making our own juice.  I lost 4lbs but others lost more.  I felt amazing at times and my skin is really glowing today.

a MASSIVE thank you to my group of cleansers.  xxxxx

2 Responses to Plenish Cleanse: Diary of an Unlikely Juicer