10 years ago a British rock band was breaking the scene. Except that I wasn’t rocking’ in the least bit. I was either heavily pregnant or pushing a buggy about town and Kasabian would have entirely passed me by. Actually, the baby fog continued for me and, over the course of the decade, these homegrowners (from Leicester) have immersed as the nation’s party band. 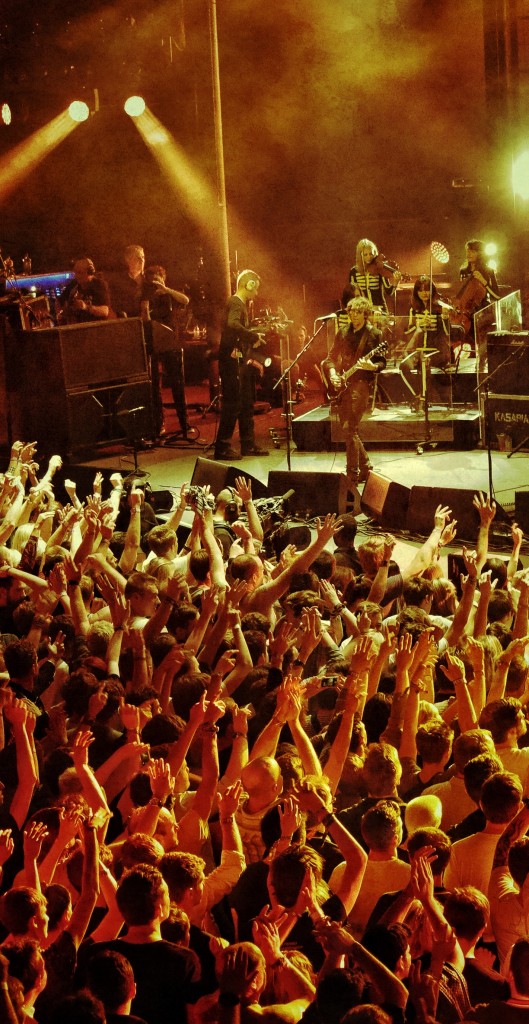 Music friend snuck me into their iTunes Festival performance last night at Camden’s Roundhouse and – from our press seats – we observed rather than throwing any moves. 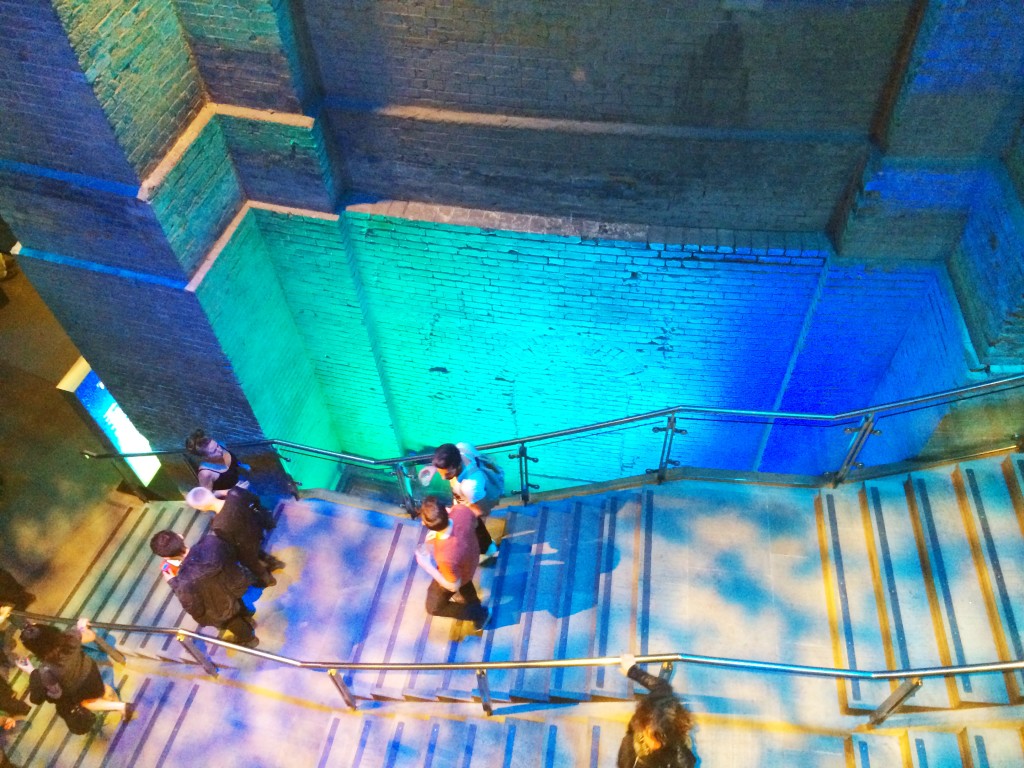 ‘They’re our Oasis’ she reliably informed me. ‘If we had been at uni 10 years ago, we’d be going as mental as the pit below.’ 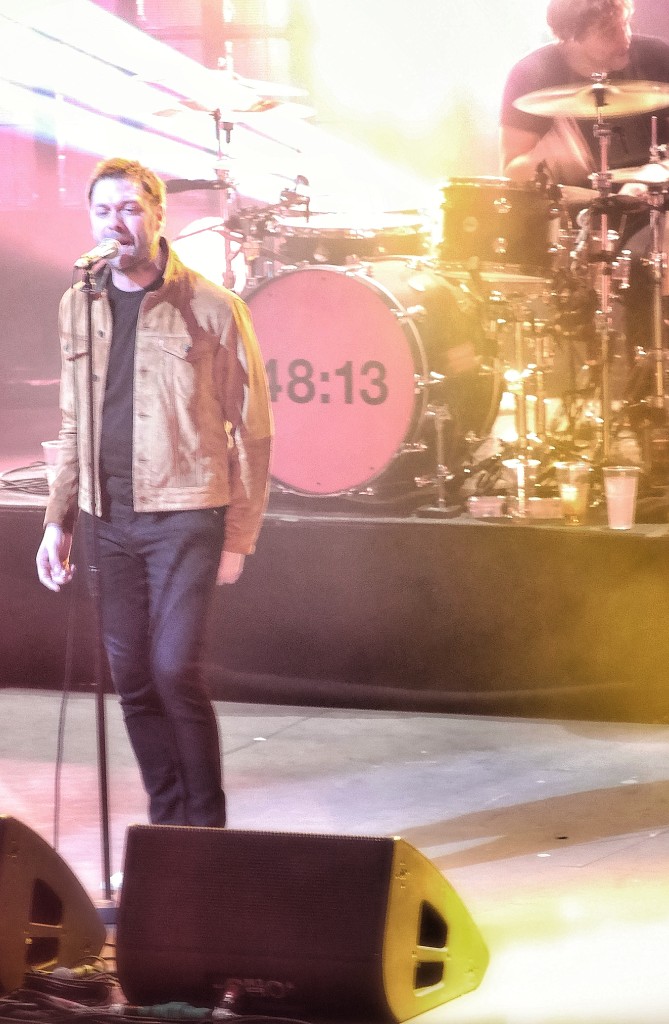 So, who is behind this mega band that recently headlined Glastonbury?

Well, Meighan is Kasabian’s lead singer (above) and clearly a leader at that.  Personally, I couldn’t see the appeal – and I was looking really hard.

Serge Pizzorno (below) is the band’s main songwriter and strongly objects to Kasabian being compared with Oasis and The Stone Roses. 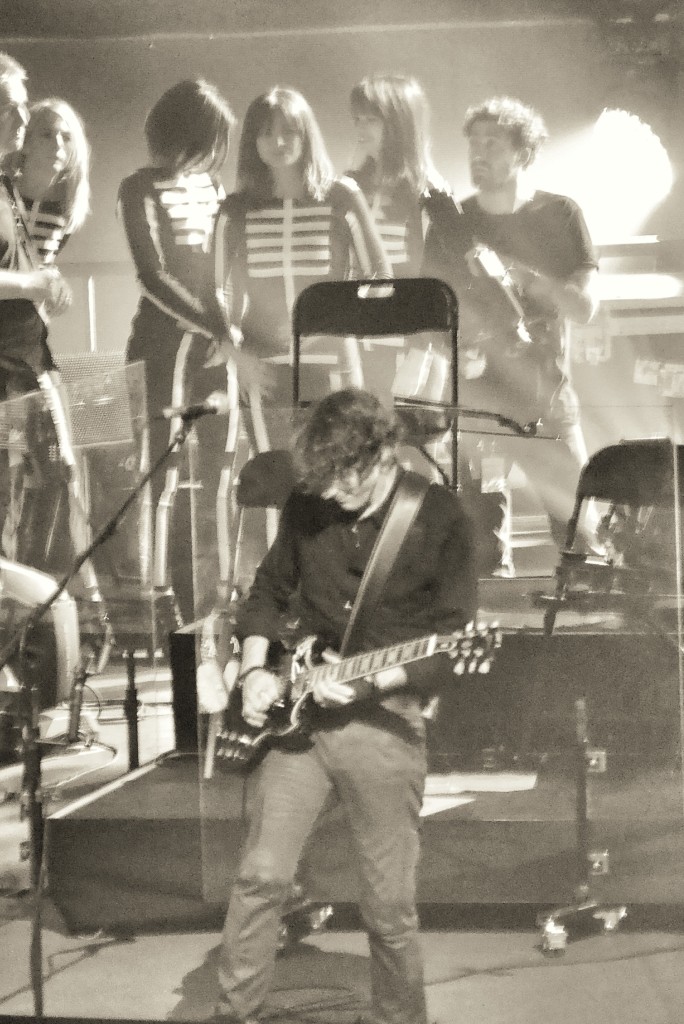 As the digital-download-player’s festival is secretly focused music sales (while gifting the pleasure of live music to the few and a stream to the masses), Kasabian chose to perform their entire new album, 48.13.

Already downloaded at Life of Yablon HQ and honestly loving tracks such as Eez-eh and Bumblebeee, I curiously wasn’t rocking this live performance at all.

In fact, we left a little before the end. The Roundhouse was properly kicking so we slipped away silently feeling 10 years too old.