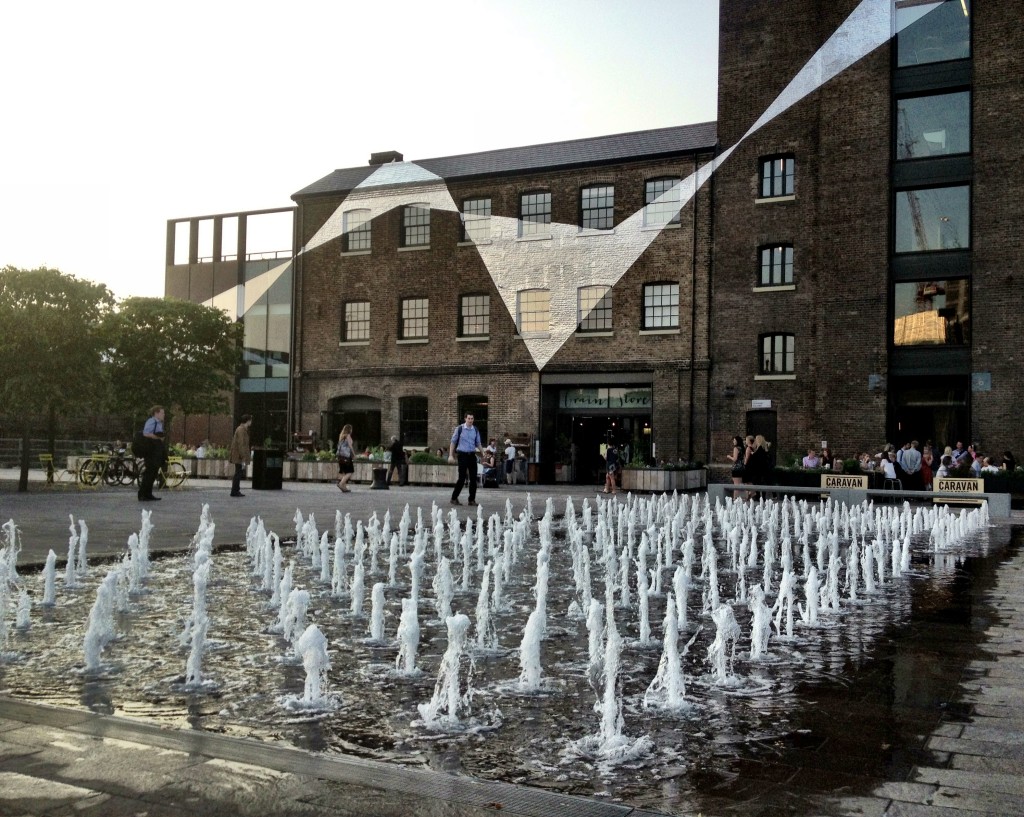 3 girlies and some gentle watering was exactly what we were in search of.  One of the girlies, now a very successful TV/film art director, and I hadn’t seen each other since she was more Brother’s friend than mine, a good 20 years ago.  As Brother and I were only a year apart, all our friendships were mutual and I remembered how much I enjoyed hanging out with her.  Anyway, Brother moved to the US all those years ago and all our lives moved on so we had unfortunately and inevitably lost touch.  The other girlie, her great friend, and I had seen each other more recently in Ibiza but, either way, a catch-up was long over-due. 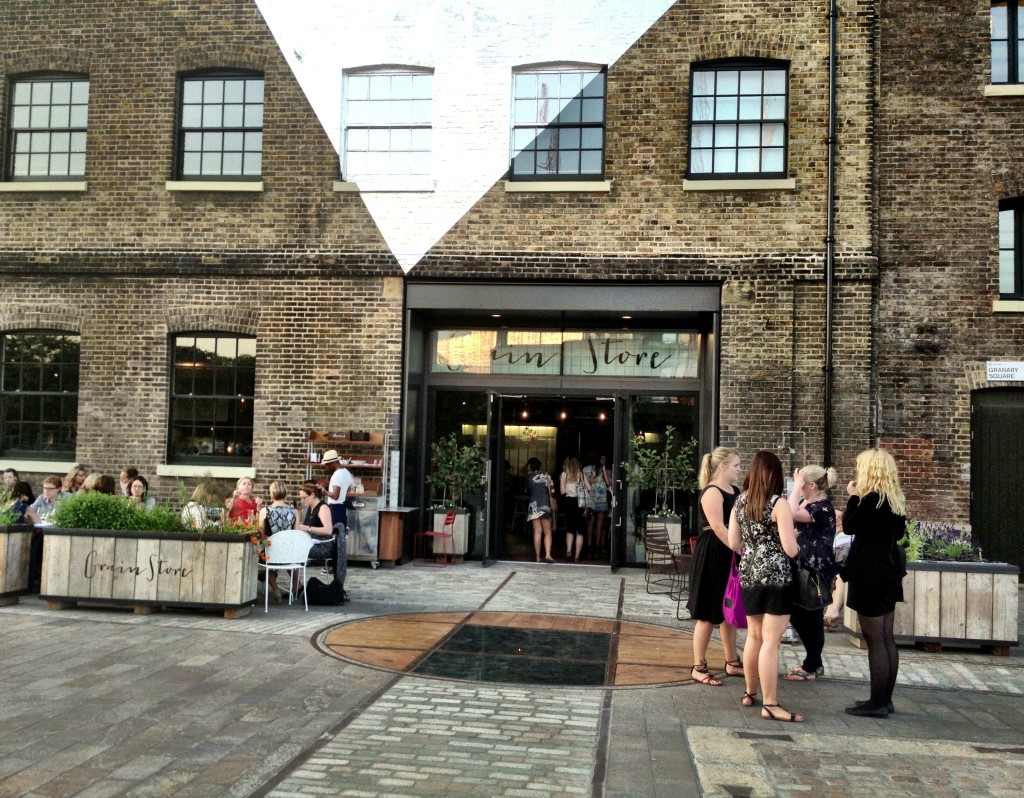 I selfishly suggested Grain Store as I had heard and read so much about Bruno Loubet’s new restaurant and was also keen to drink at Tony Conigliaro’s bar there.  Located on one-time industrial wasteland north of King’s Cross station, the vast former Victorian warehouse on Granary Square has been transformed into … well, a vast foodie warehouse. 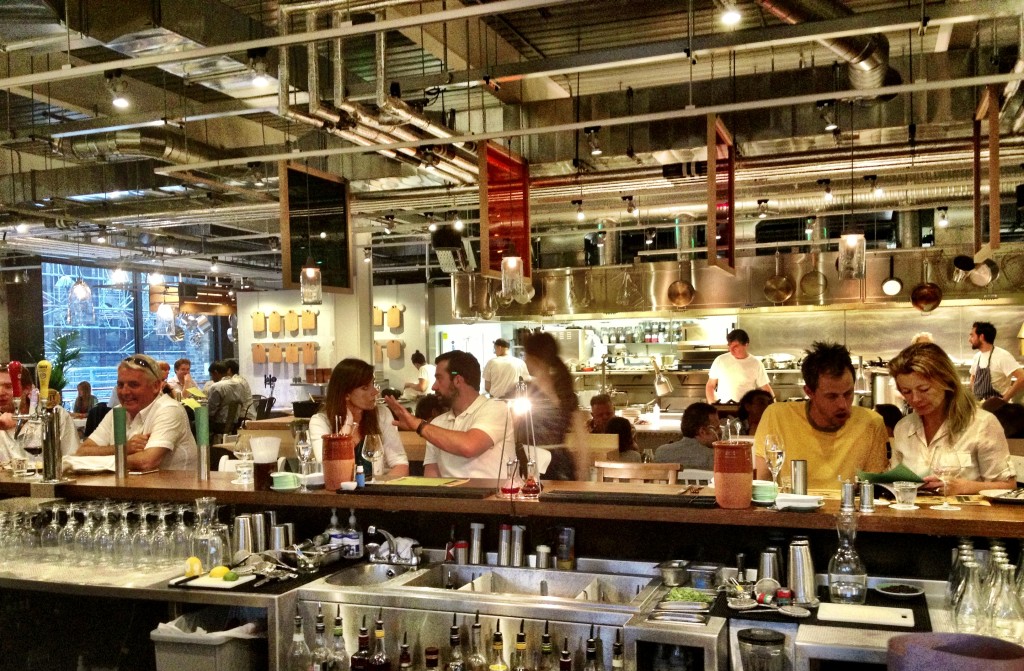 Getting a table at a reasonable hour proved impossible.  The online and telephone booking system redirected me to Top Table, which showed an opening at 6pm and 930pm – on every single date I punched in.  Finally after some furious tweeting, I got hold of the manageress who explained that 70% of the tables are held back each day for walk-ins.  So, we walked in and found that even better than a table would be to sit at the bar. 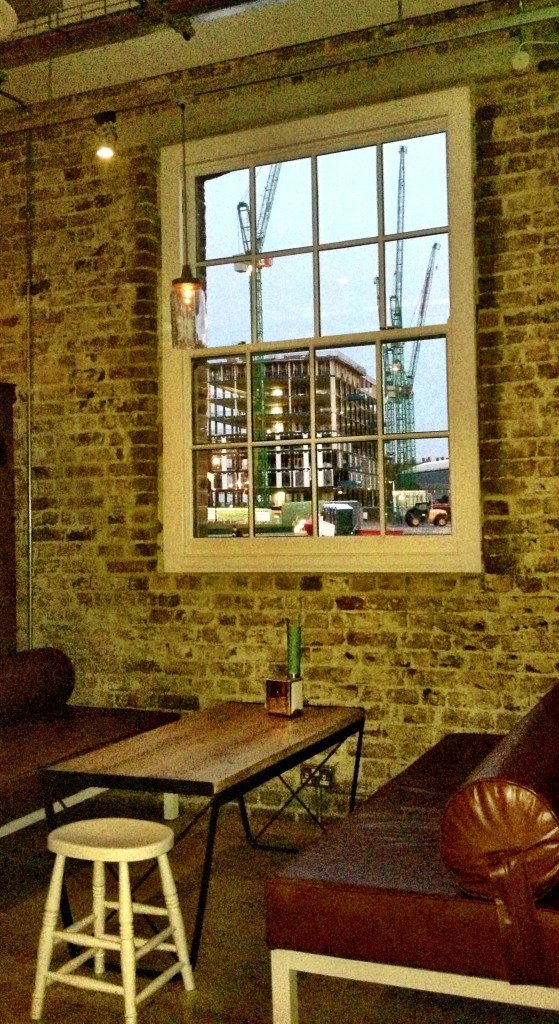 I drank Twinkle, my cocktail, as if it was a spritzer.   In fact it was a cunning mix of Champagne, Vodka, elderflower cordial and a twist lemon.  The other two sipped a bottle of Prosecco.  So much to catch up on and, after a couple of hours, we looked up to find the warehouse had emptied out. 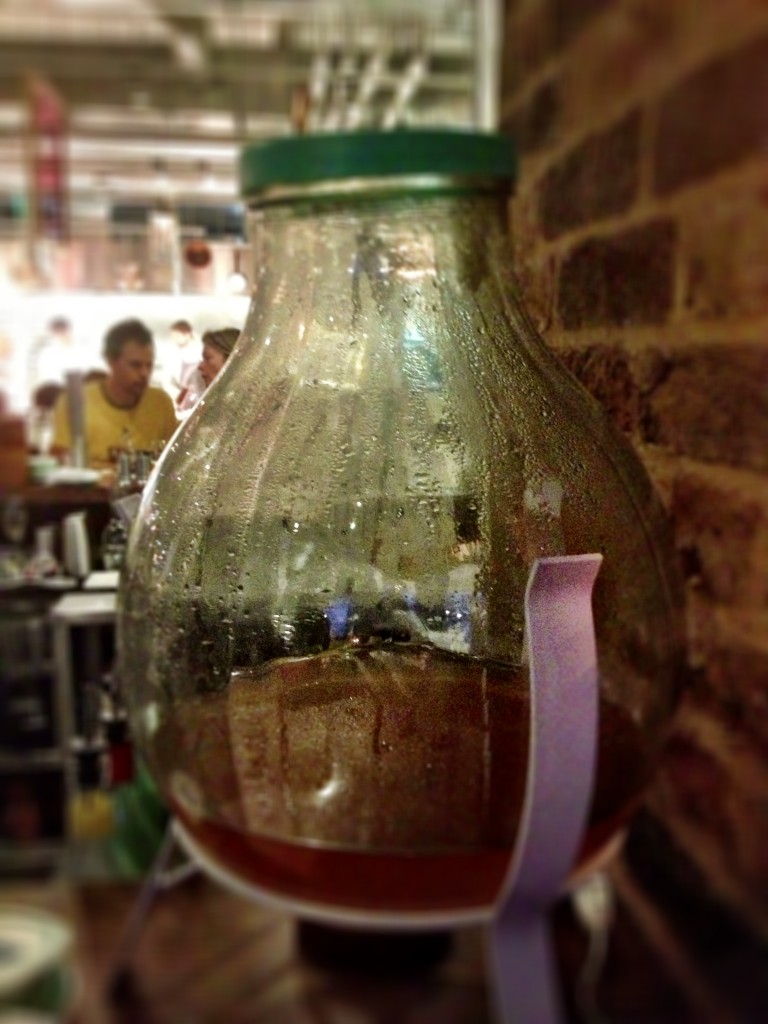 One more drink for the road and a taste of the big bottle on the bar.

Conigliaro, it seems, has gone a little Greco-Roman in his wine flavouring, adding herbs and spices…

Leaving Kings Cross later than perhaps expected, one of us jumped on her bike.  The other two took cabs. 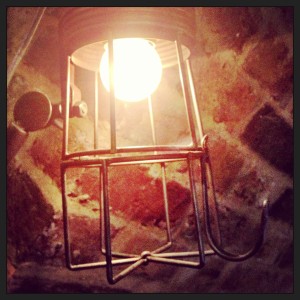 One Response to Girlie catch-up at Grain Store