A while ago an interior designer turned up at our door.  She wasn’t invited to consult (she was picking up her small after a playdate) but CLEARLY couldn’t help herself.

‘Your walls are so charmingly bare’ she exclaimed.  I glanced at the vast expanse of Elephant’s Breath (Farrow & Ball, I wanted to point out) and realised she had a point.  Some might think us a little odd living without anything at all hanging on our walls.

It’s not that we don’t have a handful of pass-me-down pieces of art.  We do.  But I’m never sure where they should go and if I like them enough to look at them every day. 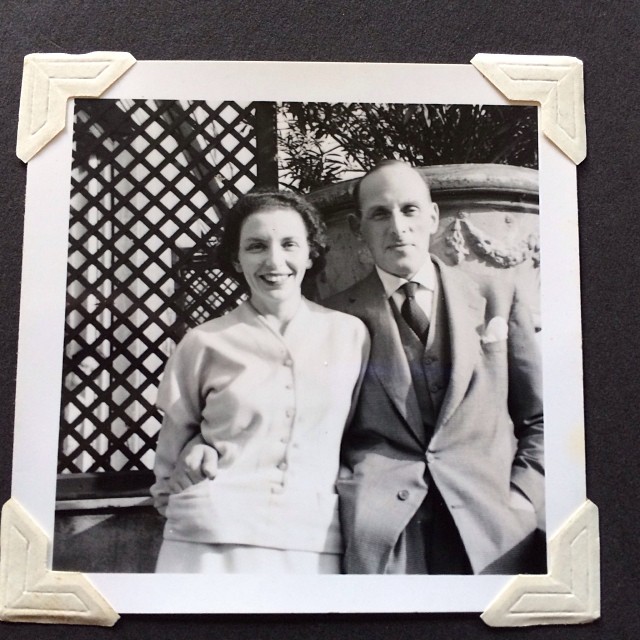 Vintage photographs are more my thing.  So – while digging out the cine films – I began flicking through the sepia snaps of my ancestors. 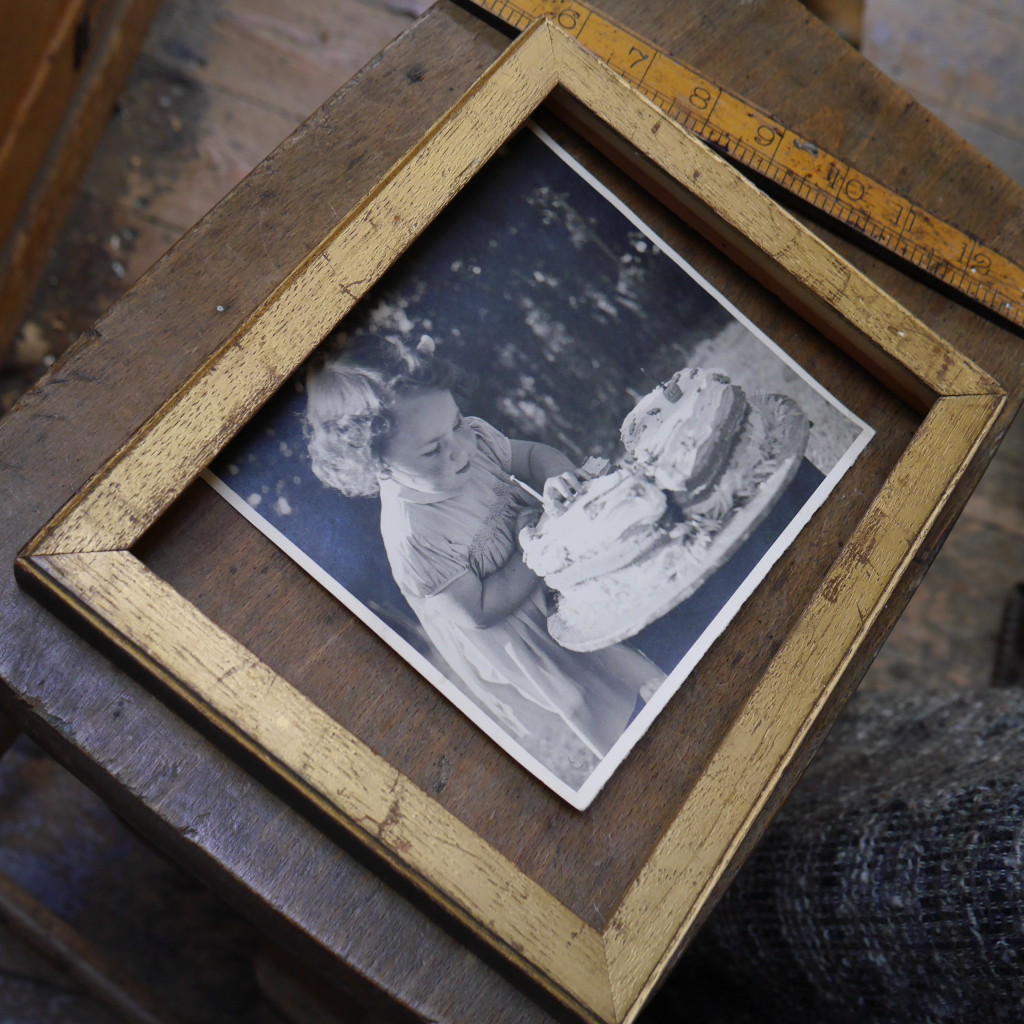 Lady Y in a bath tub.  Lord Y’s first ever passport photos.  Grandparents and great grandparents I hardly remembered.  One marks the modest occasion of my grandparents’ wedding during wartime.  These were all priceless, most artistically shot either by the best photographer at that time (Lenore) or by my grandfather (a keen photographer) himself. 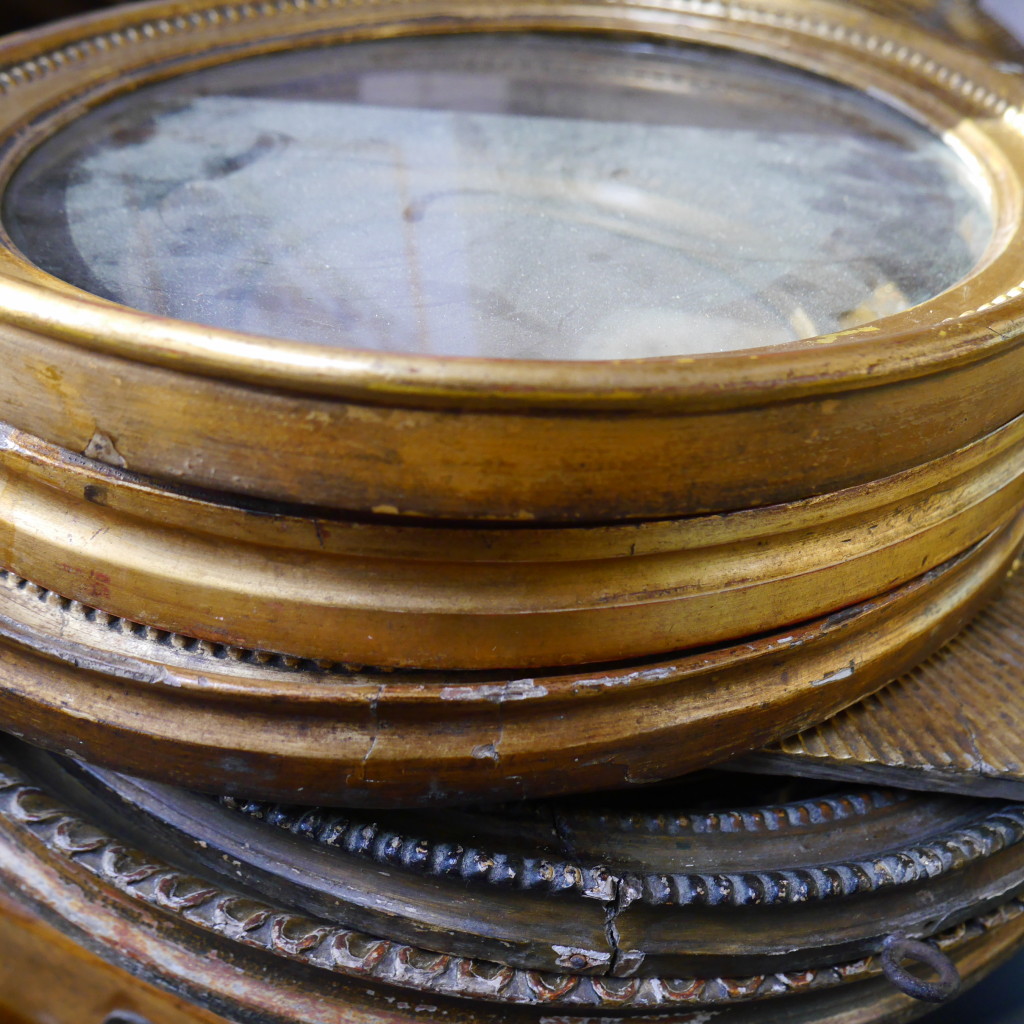 so many stunning frames to choose from….

My next challenge was how I would hang them.  Vintage or antique frames seemed to be the only way, so I headed into West London to the Lacy Gallery to talk to David about his family business. 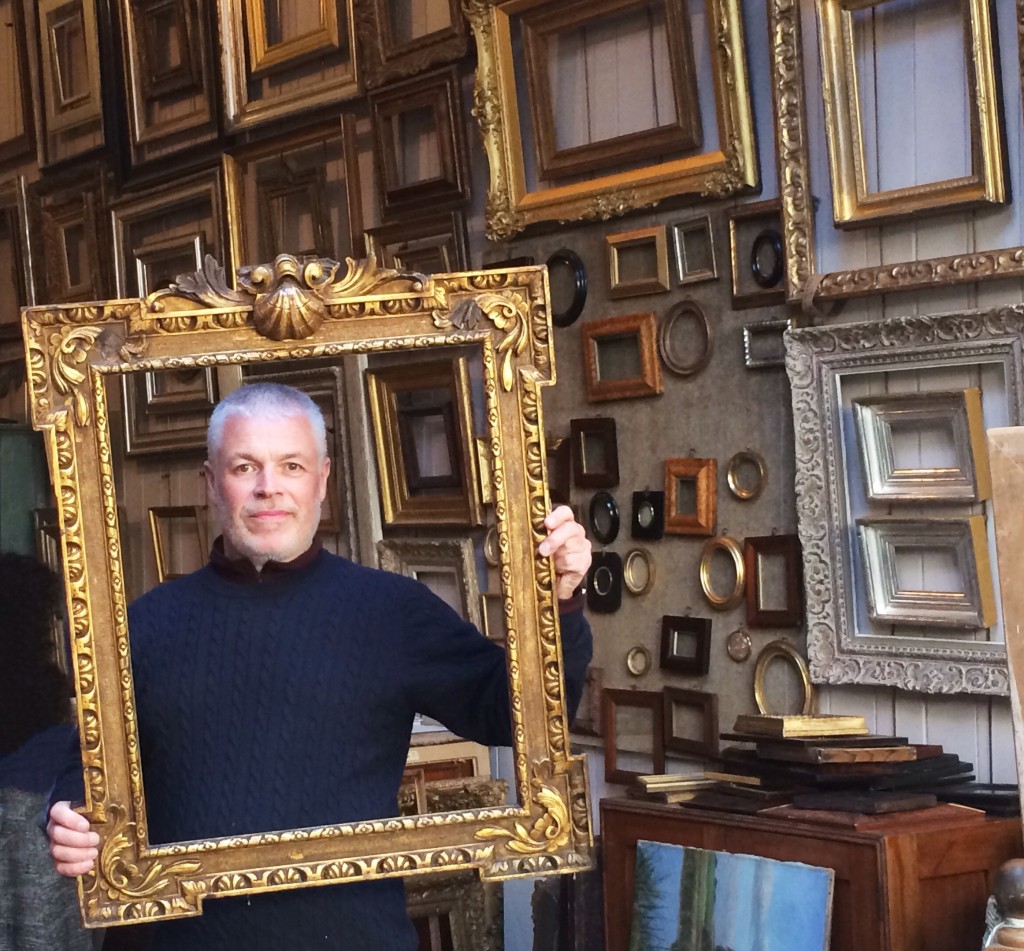 David’s father, Colin, was originally from Doncaster, actually not far from where my great grandparents had lived.  A teacher by profession, he had headed for London with less than a few pennies in his pocket.  Drawn by the excitement of auctions and an increasing love of antiques, in 1960 he set up a stall on Goldbourne Road.  That stall soon became two stalls on Portobello Road and, before long, he had a thriving shop and business. 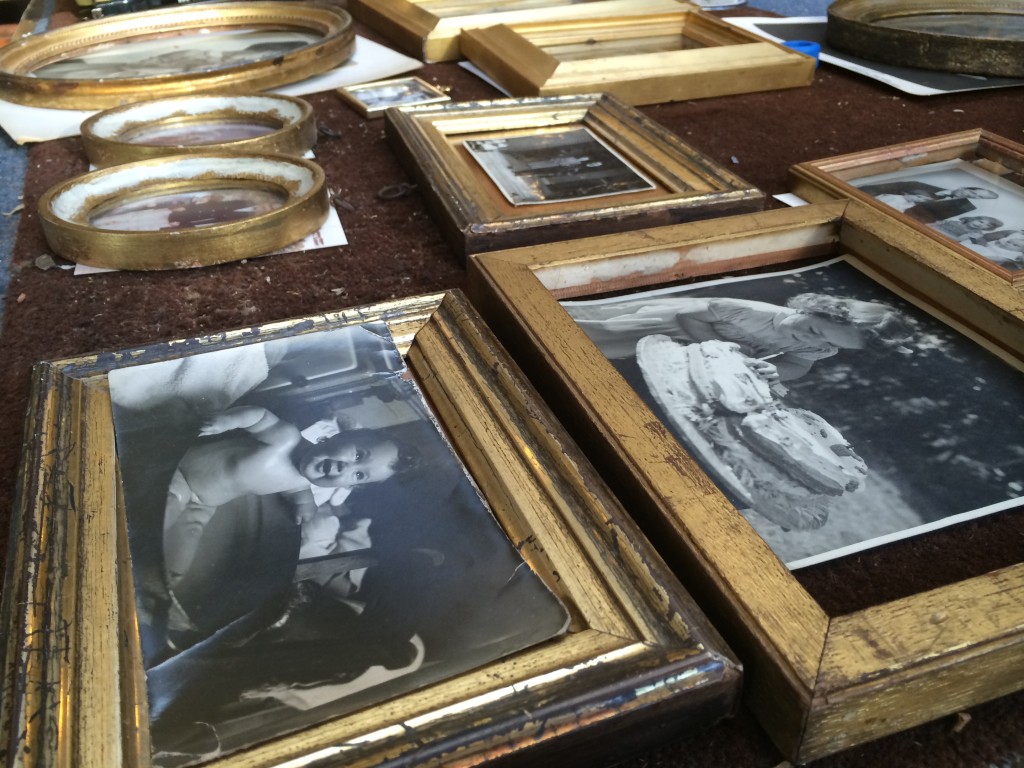 27 years ago he bought the shop at 203 Westbourne Grove, W11 and David has worked there since he left school at 16.  Stocking more than 1000 frames (both vintage and antique) from all over the world, David sells to just about anyone who needs a frame – interior designers, set designers, artists and vintage-lovers like me. 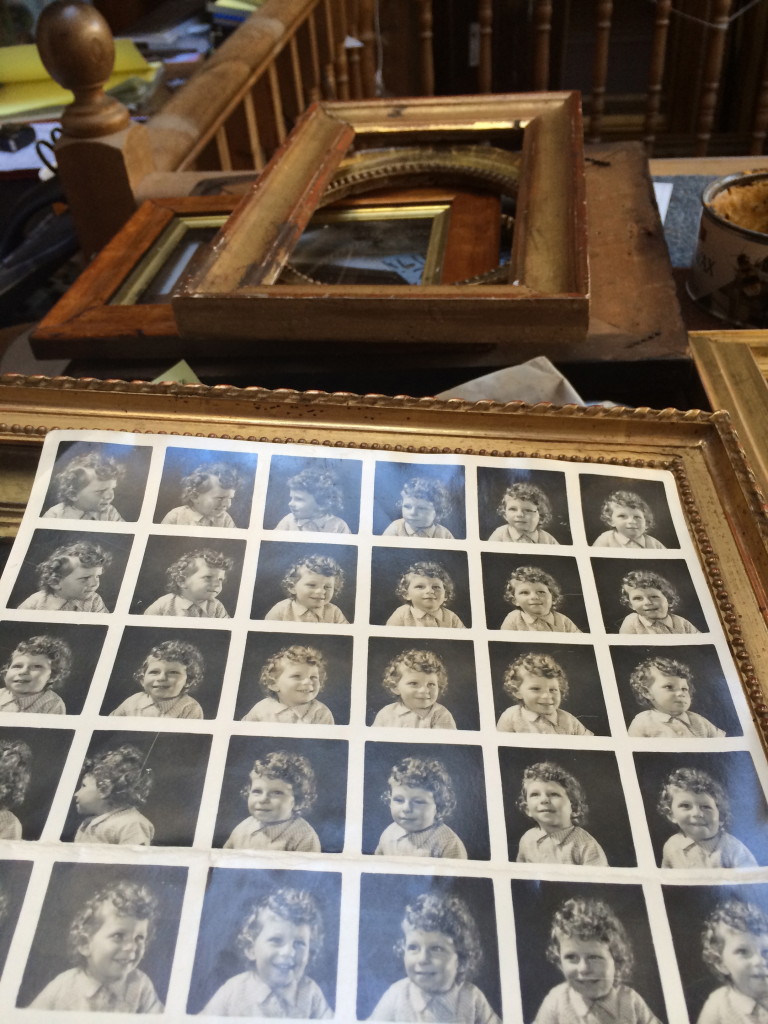 Of course you could traipse up and down Portobello Market (I tried that) and visit an auction of two but the quality of the frames would not be the same (and anyway the Clignoncourt Flee Market isn’t quite as easy to get to…).

Some of the frames I adored didn’t quite fit (a couple of my snaps were square) so David offered to cut them down.  I found myself obsessing about the oval ones… but also loved matching the theme of the shot with its frame.

I copied all my photos too before framing as I was concerned that they might fade now that they are out of the attic.  And, finally, last night I hung them all by my desk. 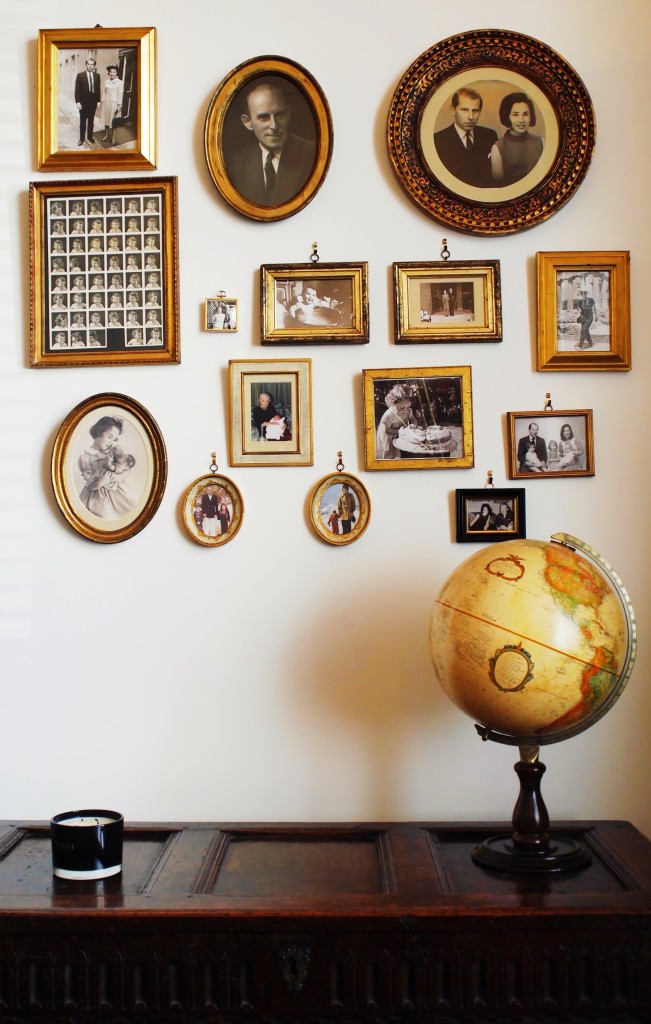 the project is now complete…

Lacy frames start at £50 which does not include the cost of framing/mount/glass. 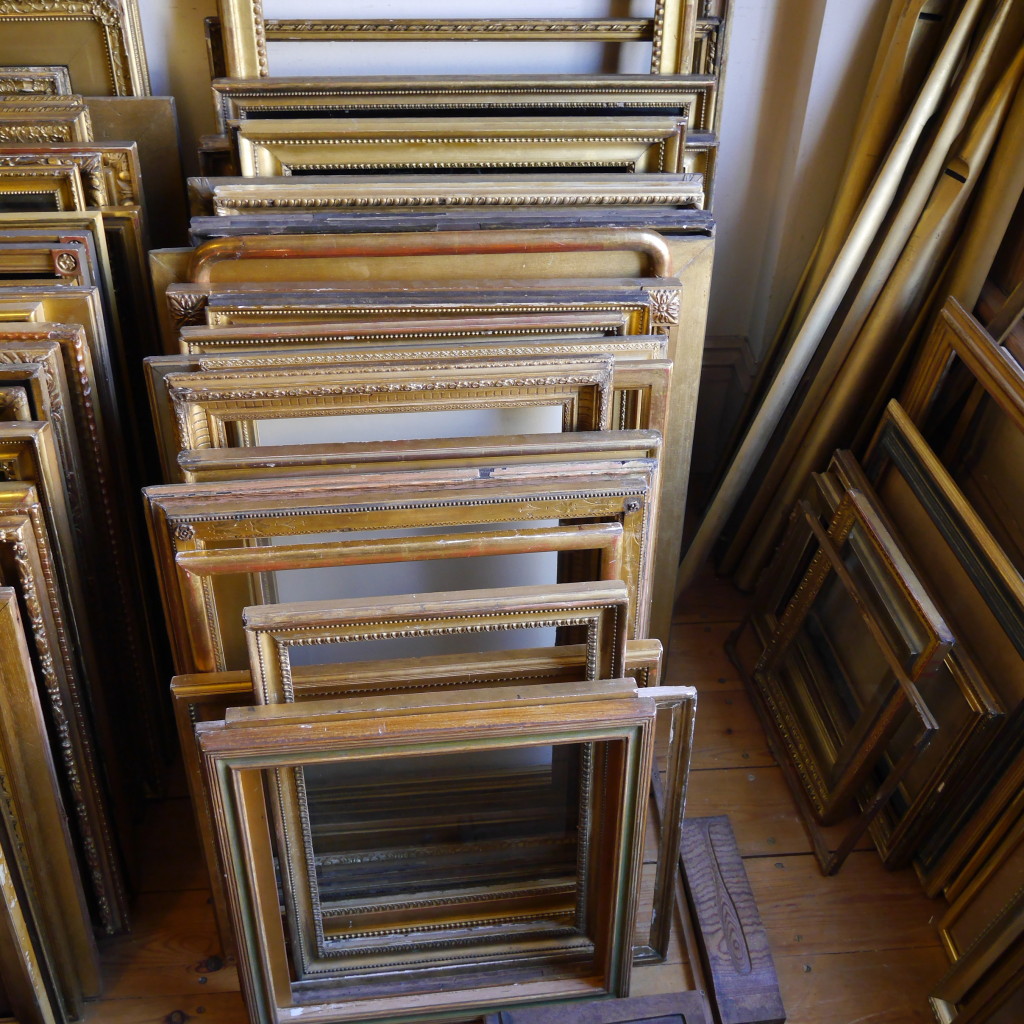