I’ve cried three times this month.  But if you ask my husband, he’ll tell you that’s nothing.  The first time wasn’t a full on flood of tears.   It was more of a blurring or a misting over.  Small (my younger dependent) has been struggling a little with his sums.  As I’m not a natural teacher at the best of times, it’s been emotional (despite trying desperately to keep it as calm as possible) and, last weekend, we had a little break through on the old subtraction.  ‘Mummy!’, he exclaimed.  ‘You’re actually CRYING’.  I admitted that yes the relief that he might have got just one of the questions right was too much for me. 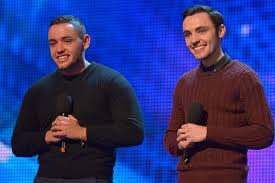 sandwich-making brothers on Britain’s Got Talent

The second onslaught of tears was (more embarrassingly) watching Britain’s Got Talent with the other small.  Two sandwich-making brother sung their blessed hearts out with their ‘Nan’ watching in the wings, along with Ant and Dec.  Their talent mixed with a hefty dose of grandmother pride wrapped up in the cheesy talent show clearly cracked me.

And then my hat trick was last week.  Perched on a ski piste, our group of mixed age and ability skiers watched as my friend’s son, aged 6, lost complete control before, at ridiculous speed, hitting (thankfully without injury) a bank of perfectly placed snow.  Fear, and then relief, manifested itself as a blubbering wreck – both friend and me.

So, we’ve established that I’m a crier.  And while I think that’s ok, it’s clearly not really.  Because I am a woman.  Cameron Diaz’s new hair cut, Demi Moore’s break-up and a plenitude of female Big Brother evictees have all ended in tears before bedtime.  And, Gwyneth Patrow doesn’t really help my cause either.  Dressed as a Barbie, we witnessed a weep worthy of numerous Oscars as she picked up best actress for ‘Shakespeare in Love’ (2010). 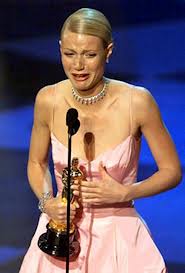 But, curiously, when the hankie’s in the other hand, it seems that men are applauded when they cry. Their tears are seen as sincere, moving and legitimate.  The usually tough-guy actor, Robert De Niro, broke down in tears on US TV last month as he discussed the bipolar and mood disorders that challenged him in his latest role in Silver Linings Playbook. 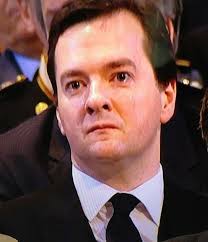 While scientists at the German Society of Ophthalmology estimate that the average woman cries up to 64 times a year, I think it’s about time we acknowledge crying as an alternative weapon of survival rather than a complex behaviour needing proper rational.  After all, in Japan people visit crying bars simply to feel emotionally cleansed.  So next time you feel your eyes welling up, take a leaf out of my book: go for it and shed a few.

One Response to crying