“Wouldn’t it be fun to take the kids to their first festival?”

“err HELLO, shall we book tickets for Latitude?”

“Did you just agree to us going to Latitude Festival this summer?” 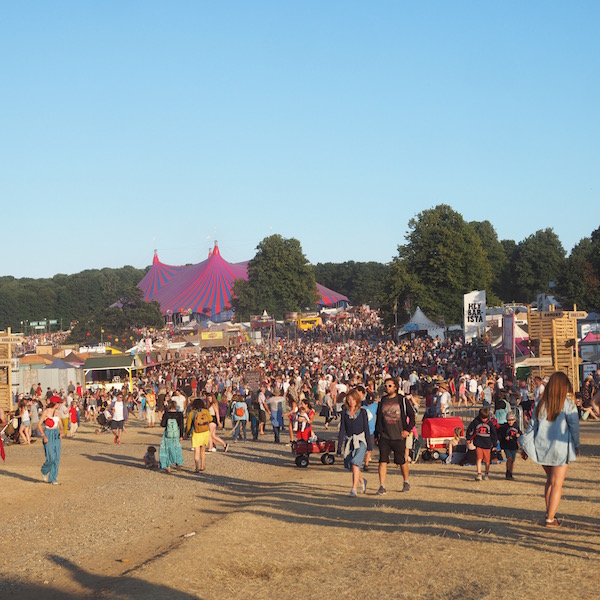 So there I had it. My carrot stick. We were going to Latitude but I just needed to wave a magic wand so that those who weren’t tent-friendly would still be present and a little correct. 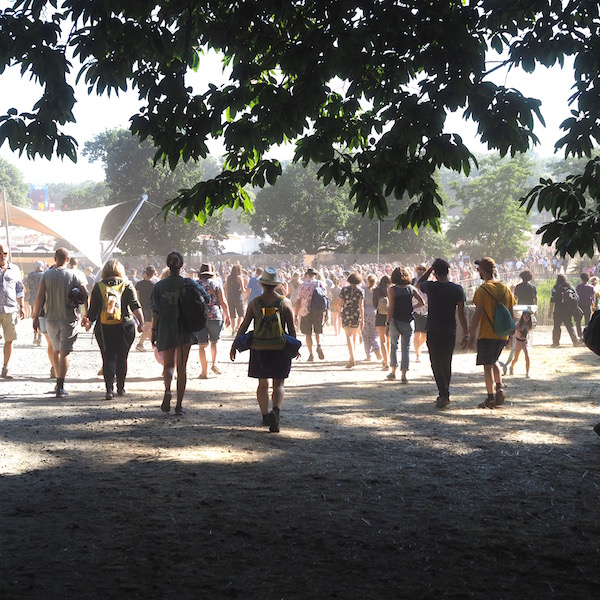 Of course there are tents and then… there are bell tents, tipis, lodges, lotus bells, yurts and… this is as far as we got when the 4 of us, crowded over my screen, saw the A I R S T R E A M. 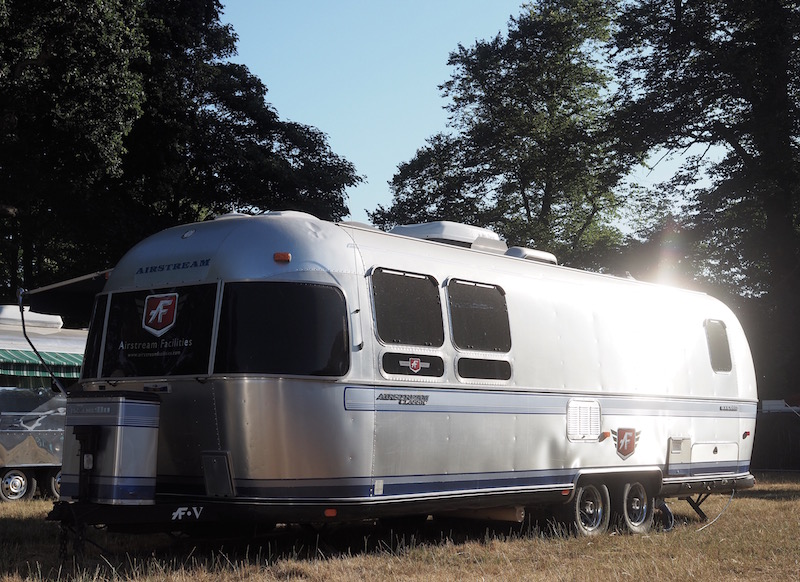 For those who aren’t familiar with this retro silver trailer, the Airstream trailers have been turning heads on American highways since they first started caravanning in the 1930s.

So by now, tent or no tent, I was fixated on laying my pretty festival head inside one of these ultimate symbols of vintage wanderlust.   It had all the shine and design I could dream of…. so – me being me – I forced a friendship with Mojo (real name), the MD of Airstream Facilities. 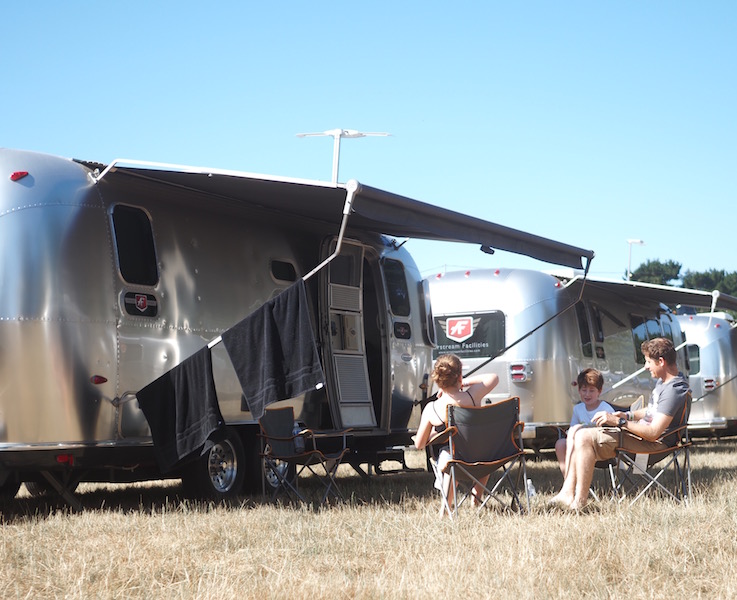 The rest really is history. We couldn’t have enjoyed the festival more – while dipping into the luxury of our mobile home when we needed to chill out. 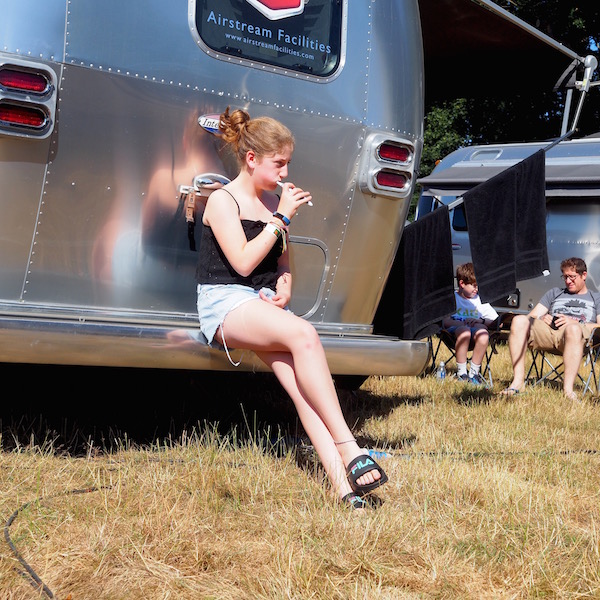 So let me give you my top 5 reasons why a travel trailer trumps all other forms of accommodation, particularly when festival fiesta-ing:

For more info about Mojo and his Airstreams – dive in here.

I’m good at sharing.  I share easily.  In fact, sometimes I simply can’t help but share.  I’m taking less about the liquorish allsorts {type of sharing}and more about my personal stories.  I’m referring mostly to the sharing of my feelings; my experiences and the things that make me spring out of the bed, most mornings.

So I want to share with you one of the projects I’m working on right now.  True to form, because almost all of you now know that Panzer’s Deli has undergone a major transformation; and that Hampstead is always a good village to head for.  But this project is more than a little different.

You see, I’m going to surprise you and not try and sell you the latest ANYTHING.  This project is outside of my usual sphere, let alone comfort zone.  Together with a clever friend, I’m writing a book of short stories for children.

But the really interesting bit is that the clever friend is a… RABBI.  I know, I’m as surprised as you are, honestly.  Most of my closer friends that I’ve told, over a glass of something cold and sometimes sparkly, have roared with laughter.  Not because it’s even vaguely amusing nor nice to laugh at the idea that anyone might write a book with a rabbi.  No.  Because that anyone is me.

I’ve pretty much disregarded, tried to ignore, brush off and generally abstain from all things religion since I spent many a Sunday of my teenage years in church saying The Lord’s Prayer.  Then I married a Jew and got by, just by jumping a few hurdles.

And now I’m writing a book with a rabbi.

The short stories will aim to bring alive those stories (from the Torah) that have never seen the light of day – or have been told previously in a less than engaging way.  Often, they will be written in the first person (of the 8-13 year old who will be reading them) or via a talking donkey or a moody female cow. They will be read in synagogue when the child is looking for somewhere to direct their attention.  And parents at bedtime as well as RS teachers will (hopefully) delight in this slightly alterative voice of storytelling where fact and relevancy don’t mean a lack of real, kid-friendly engagement.

And all of you?  You’ll still giggle at the idea that I’m writing a book with a rabbi … until you meet him, read the stories, try to answer our life questions (which follow each tale) and then you’ll see that he’s the ultimate storyteller, the master of mixing tradition with the modern world, the Jewish Pied Piper  – all with the patience of a saint for that idiot who needs more explanation of how the colourful bunch who feature in the Torah came to be.

Then I’m hoping you’ll read on.  Because there’s a kid in all of us.

This is Rabbi Jeremy Gordon.

And if you want to know more about this project, I’d be delighted to hear from you.

the curious link between mind + feet

‘We look forward to seeing you at the meeting next week’ came the voice down the phone. ‘See you bright and early at 9am’ she added, ‘and do bring some brilliant ideas with you!’

My heart sunk. I love my job, I really do. I love dipping my toes into exciting businesses and shedding light on how they might reach their consumer in new and exciting ways. But sometimes the pressure of ‘brilliant ideas’ can make those toes curl.

Except that now I have a new way of arriving; on foot. No underground sweaty armpits, no travel sickness on the big, red, lurching bus and all that time to catch up on my podcast obsession.

But, I was wondering, what is it about walking that makes it so amenable to thinking about all those ideas I was searching for (aimlessly) at my desk? So, imagine my delight to be sat so fortuitously next to a neuroscientist holding all the answers at lunch yesterday.

Dan (Glaser) first explained to me by using some (thank godness) simple maths. As you walk, you can work things out, see the sum for what it is. And with easy sums, the answer is in your pace. But once the sum was outside of quick fire times tables, your feet slow down as your brain struggles.

Of course your heart pumping faster circulates more blood and oxygen to your brain, our attention and memories are smarter and, by relaxing and not focussing too hard on the matter at hand, our answers are in our steps.

But perhaps the most profound relationship between walking, thinking, and idea generation reveals itself at the end of the walk. And that’s where you’ll find those ‘brilliant ideas.’

This morning as many great grandchildren, grandchildren and great grand-dogs as possible were gathered together in a freezing Holland Park to visit a bench. The park was where our fondly remembered walked – often arm in arm – and the bench is where I sometimes sit to remember them and their inspirational ways.

Obviously their legacy is so much more than a bench but, since this morning, I’ve been thinking about what sort of legacy we all might leave.

Secondly, and more poignantly, what legacy are we leaving for our children – and our children’s children.

Either way, I’m comfortable enough with mortality to take on a deep consideration for my legacy. It needs to be considered. Never one for a last minute panic, I want to know that it’s in hand. Besides, the consequences of what we do now will certainly outlive us.

I’ve seen those children of the famous who never really find their own identity. Instead of feeling the drive or need to self-accomplish, they feel debililated and unmotivated to create for themselves. Living in a shadow is not living in a legacy.

Another common legacy pitfall is the financial legacy. And if the sense of expectancy is crippling, the pitfall is deep and dangerous.

In short, I feel that legacy is a choice (ie you can’t choose your parentage but you can your legacy). And the bench is nothing but a reminder of the legacy behind it. What these particular elders left behind was the quality of their existence, their moral and virtuous lives and the summation of their choices and actions.  End of story.