In a post last week I briefly mentioned that I had seen a preview screening of a new British comedy called Downhill.  This is, in a nutshell, the story of 4 old school friends (albeit some 30 years previously) who challenge themselves to walk 192 miles coast-to-coast.  Why?  One word:  mid-life-crises.

The journey is a comedy of errors and makes for curiously good viewing.  At times during the film I felt an urge to give old school friends a call to get us all walking/drinking too.  What could be more fun than walking by day and drinking by night.  But –  in a rather soberingly way, these grown-up men reveal their lifetime lows and even find that they have less in common than perhaps they did at school.

Clearly a profoundly mismatched group way back then, the challenging walk plus those extra years turns out to be pretty tough – mentally and physically.

Directed by acclaimed TV commercial director James Rouse (this is his feature debut), Downhill is well-worth a watch.  Not the greatest film you’ll have ever seen but one which will remind you not to take on more than you can chew with those you might have allowed yourself to lose touch with. 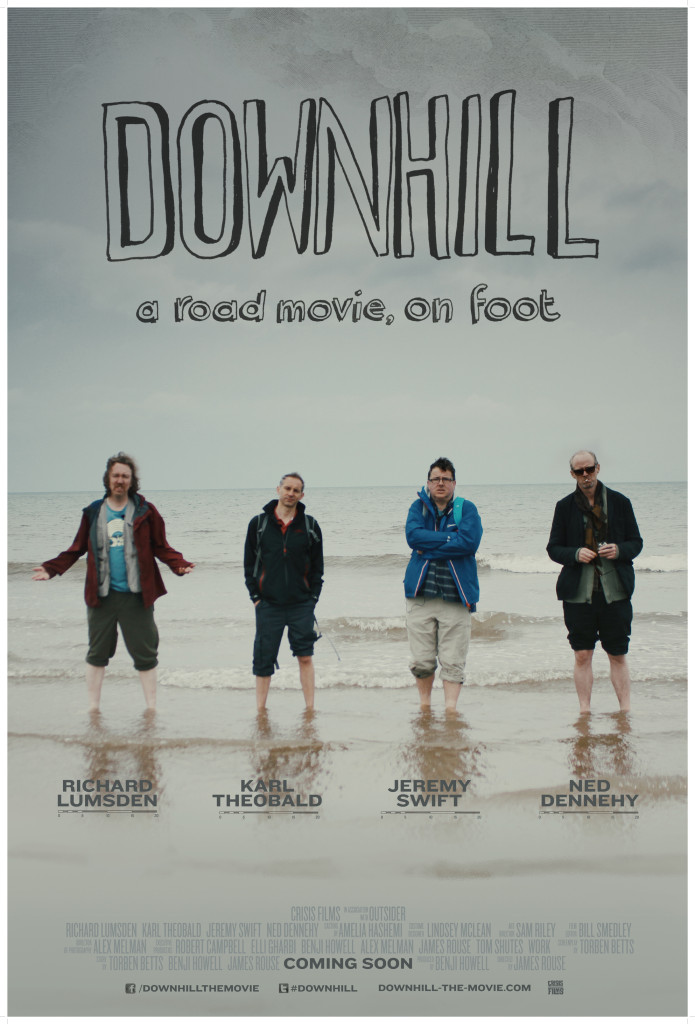 In cinemas on May 30th 2014 and available on Blu-ray, DVD and digital platforms on June 2nd.